In an effort to keep our cities and state safe, we have for years passed countless laws to ensure that we were being adequately tough on crime. It became a campaign slogan and candidates began to identify themselves as law and order candidates. For those in law enforcement, winning means arresting a criminal and getting them off the street, and for prosecutors, a win means putting someone in prison for a good long time.

Initially it appeared that this was a successful model, but over time, it became clear that many of the laws enacted also served to limit opportunities for returning citizens to become gainfully employed, find adequate housing, and become contributing members of society again. Licensing laws, housing guidelines, the felony box on job applications, and other factors contributed to an environment where unemployed and hopeless returning citizens found themselves on government assistance, or worse, back in prison, at the expense of the taxpayer.

More recently, Ohio has enjoyed an undesired place on the national stage as one of the states most impacted by the opioid crisis. While many became addicted through prescription medication following a medical situation, that dependence didn’t end when the prescription ran out.

One of the groups most impacted by this crisis are middle aged mothers. This has led to another problem. We now have an overloaded foster care system. As mothers are charged with felonies, and sent to prison, children are being separated from their families and sent out of state to find foster homes for them. Ohio has nearly 15,000 foster children, and nowhere near that number of foster homes.

These mothers eventually come out of prison with a felony conviction, and very limited opportunities to find employment, and reunite with their children. While those dealing drugs are definitely bad people, those dependent on them are often sick people who need help getting well.

That is why we are supporting Issue 1. Issue 1 says that those who are dependent on drugs should not be treated the same as those who are selling and manufacturing them. This measure creates the opportunity to get help, without the added stigma of an immediate felony conviction.

For those caught with minimal quantities of controlled substances, they would now have the chance to go get help without accruing a felony on their record. By changing the charge to a misdemeanor for the first two offenses, we allow families to stay together, do not create major impediments to employment for those trying to get well, and save Ohio taxpayers tens of thousands of dollars by not incarcerating sick people, but sending them for help instead.

This type of change is long overdue, and while it is desirable to do this legislatively, the legislature has failed to address these concerns, leaving a ballot measure as the only alternative.

Please join us in helping the families of Ohio find a better path to dealing with dependency. Vote YES on Issue 1. 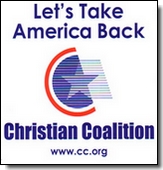